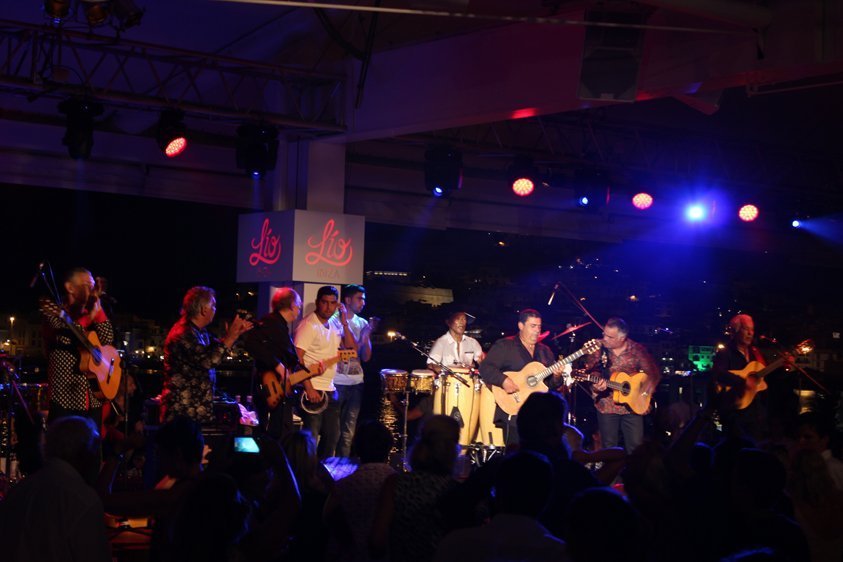 It has been twenty-five years since the Gipsy Kings captured the world’s imagination with their self-titled debut album. A record that became a genuine phenomenon, certified gold and platinum around the globe, introducing millions of listeners to a unique, irresistible blend of traditional flamenco styles with Western pop and Latin rhythms. Since then, the band has toured virtually non-stop, to the farthest-flung corners of the planet, and sold almost twenty million albums, all the while retaining the same line-up of virtuoso musicians. Tonight was the first time in Ibiza. Memorable performance in front of a high end audience in the middle of the harbour for ibiza with the Dalt Vila UNESCO Heritage as a background. Epic.