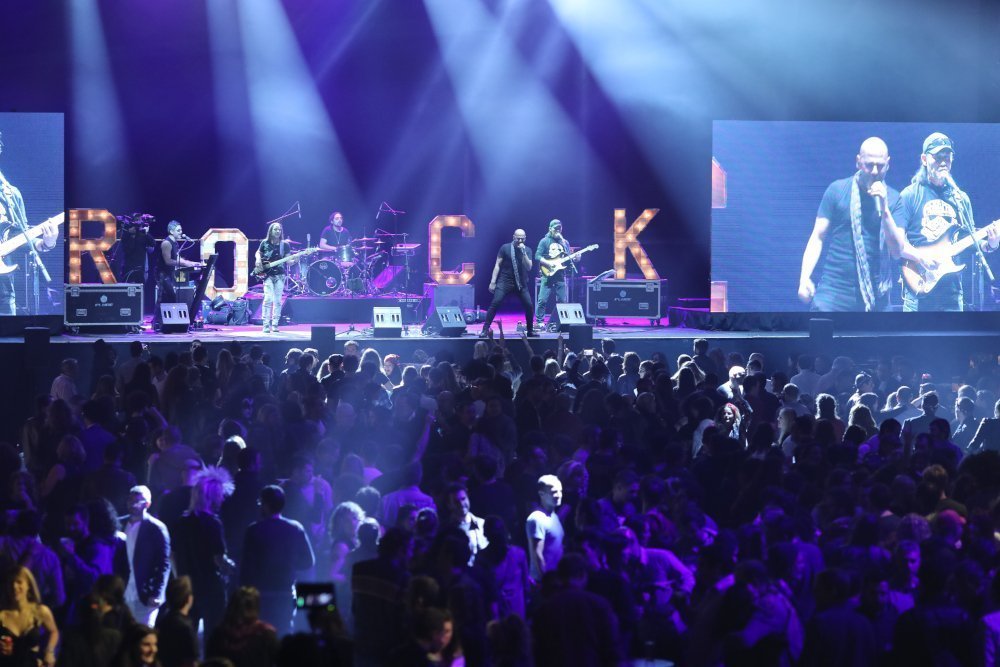 If there is something we like is rock n’roll: powerful and electric, rock n’roll is story of our lives and our official office soundtrack. We had a party for a team of 1,200 people to thematize, design and produce: rock n’roll was our first proposal to the client and well, yes, they accepted it with the same euphoria we presented it.

From the beginning, for us was key that guests were to be the rock stars of the evening: we designed for this purpose a team building dynamics adapted to the music and look of the celebration where participants had to perform in front of the cameras in different rock sets to star in, together, the rock music video of the night. A big success and a powerful team building achievement!

Rock food was served in different thematized stations, Freddie Mercury and Amy Winehouse, among other rock legends, performed during the whole night and cheered the mood. After a live performance, the stage was free for a deejay session until late at night. Peace, love and rock n’roll for everyone!